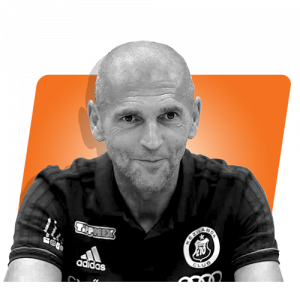 As a second coach and later as head coach of Győri Audi ETO KC, he is a five-time EHF Champions League winner. He hold the trophy of the Hungarian Cup, and won the Hungarian Championship seven times. Together with Elek Gábor, they led the female National Handball Team; then, he worked as the team’s head coach.