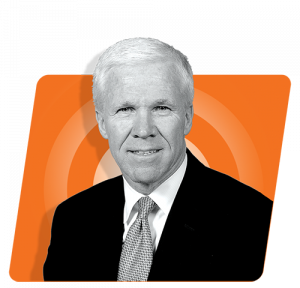 Bob raised numerous players, the most famous is the two-time NBA MVP Stephen Curry , who revolutionized the basketball. 2022 Bob McKillop completed his 33 rd season at the NCAA Atlantic 10 Conference. Davidson Wildcats recorded 380 victories out of 634 official games, he earned his place in the golden book of the college championship. He himself lives a few steps away from the college and walks every day from his home to the on-campus arena. The venue since 2014 called „McKillop Court”. Robert „Bob” McKillop will lecture 4 times during the Conference!