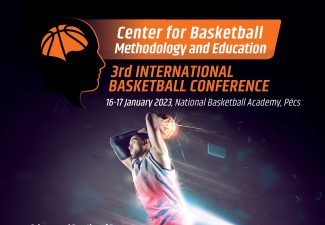 Organized by the Center for Basketball Methodology and Education, the best scientific experts of the sport will once again meet in Pécs in mid-January: the National Basketball Academy will host the III. International Basketball Conference.

The first conference, held in January this year, and the second held in July, were a resounding domestic and international success. No wonder, as László Rátgéber invited sensational speakers to share their knowledge with the audience: among others, Geno Auriemma, Ettore Messina, Nick Nurse, Robert “Bob” McKillop, or Dr. László Németh, PhD dazzled the professionals from home and abroad.

In the year 2023, you don’t have to wait long for Pécs to become the scientific stronghold of the sport again! The III. The International Basketball Conference will be hosted by the National Basketball Academy on January 16-17, and the topic promises to be exciting and interesting, just like in the previous ones: “Science and Practice of Recovery: From In Game to Post Injury.”

The list of speakers will be impressive this time as well, excellent foreign and domestic authorities will dissect the topic:

High-performance specialist in sport, founder (2003) of the “European Physical Conditioning Association”, founder and Advisory Board member of the Euroleague Players Association (ELPA). European champion with U18 team in 1996, World Championship silver medalist in 2001. As member of the Baskonia-Alaves Group from Spain he established a unique high-performance system (BAL). Head of Croatian High Performance Sport Center, as a part of the Croatian Olympic Committee.

Francesco is the first European to become Head Strength and Conditioning Coach in the NBA, with the Toronto Raptors. He has worked with two of the most successful European basketball teams, Benetton Treviso and Virtus Bologna, with the Russian and the Italian National teams. As a consultant, he has shared his expertise with the Latvian National Team, CSKA Moscow, and Fenerbahce Istanbul. Francesco is currently the Head of Performance for Olimpia Armani Milano, the Euroleague Basketball team. Francesco has a Ph.D. in physical exercise applied to industrial engineering and is a member of the ELPA Performance Advisory Board.

A former professional basketball player and coach, he has been active in football for more than three decades as a performance enhancement and conditioning coach. Winner of the Champions League, UEFA Cup, Team World Cup and European Supercup with Ajax Amsterdam, alongside world famous head coaches such as Leo Beenhakker, Louis Van Gaal, Morten Olsen or Ronald Koeman, but also helped the work of such excellences as László Bölöni, Erwin Koeman or Shota Arveladze. Apart from the Netherlands, he worked is Saudi Arabia, Monaco, the United Arab Emirates, Turkey, Uzbekistan and Georgia, but he was also the sports development director of the Hungarian Football Association, an assistant, coach and performance development process manager for the National Team.

Orthopedic specialist, sports surgeon, has been dealing with the treatment of musculoskeletal diseases for more than 30 years. His areas of expertise are sports surgery, orthopedics, knee surgery and traumatology. Most often, he heals injuries regarding the knee, shoulder and ankle joints. Following the principle of individualized cruciate ligament replacement in knee joint replacement, he was one of the first in Hungary to use the double-bundle (anatomic) anterior cruciate ligament replacement. Among others, he was the doctor of Mizo Pécs women’s basketball team, Újpest fottball team, the ski and fencing National Teams, and since 2009 he is the medical director of the Emineo Private Hospital.

The Chair of the University of the Basque Country, honorary professor of the Faculty of Kinesiology Zagreb, currently works for the Spanish Olympic Committee. Former head of strength and conditioning area of Spanish and Dominican National Basketball teams. From 2017 is the personal performance scientist of the 2019 NBA champion Serge Ibaka. Member of the Executive Board of the European Physical Condition Association (EPCA) and the Euroleague Players Association (ELPA).

The admission to the III. International Basketball Conference will be free. We share additional information and interesting facts about the upcoming event on the official website of the Center for Basketball Methodology and Education, www.ksmk.hu. 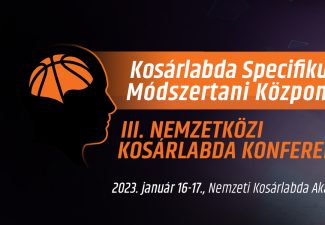 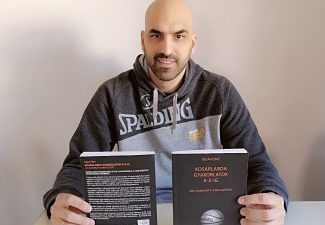